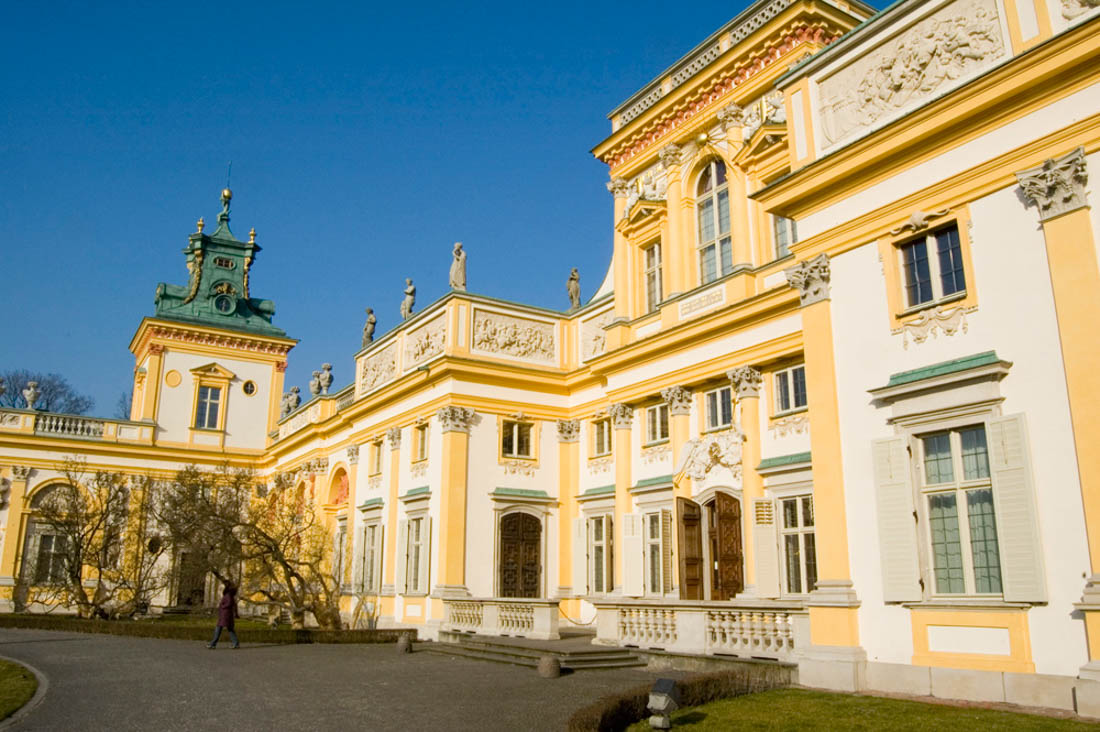 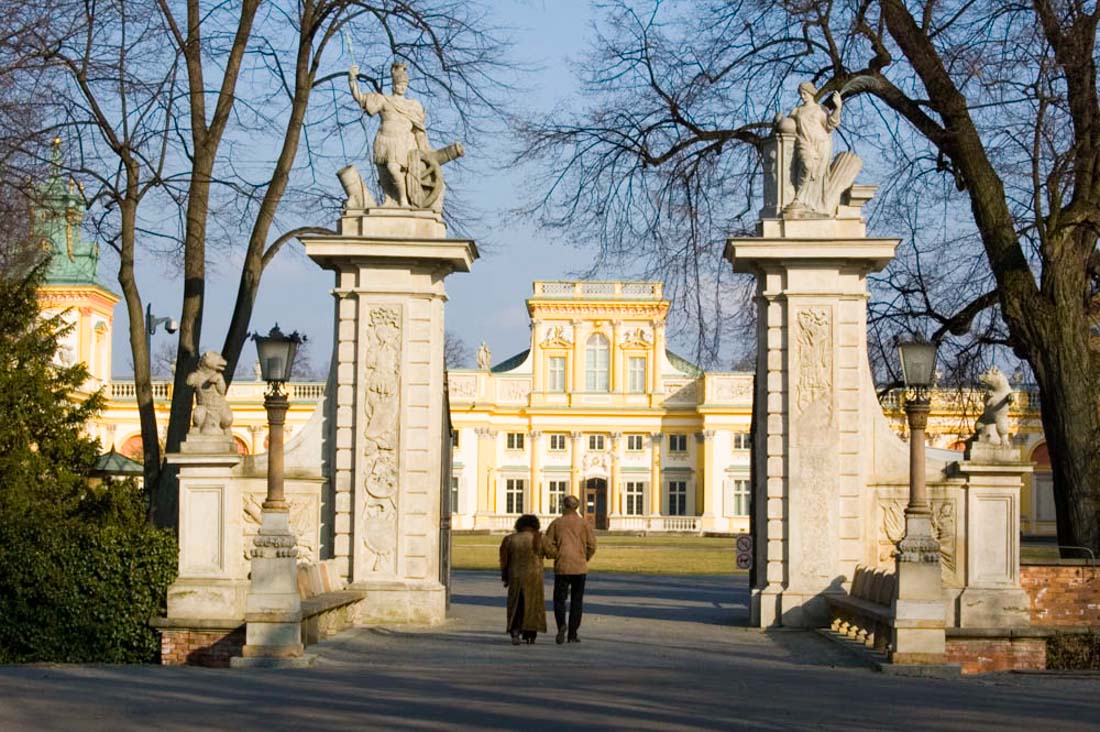 The Palace’s architecture is original – the effect of a fusion of European art with old Polish building tradition. The color scheme and sculptural decor of the facades and interiors were preserved and refer to antique symbolism glorifying the Sobieski family and the King’s military successes.

The palace owes its stucco décor and color scheme to artists like Simone Giuseppe Belotti, Jerzy Siemiginowski-Eleuter, Michelangelo Palloni, Claude Callot or Johann Samuel Mock (the paintings of Augustus II the Strong in the Dutch Study). The ornaments on the facade shields are by Francesco Fumo. The Regency ornamentation (the 20’s and 30’s of the 18th century) is by Pietro Innocente Compereti. The author of the sculpture in the study is Eliasz Hofmann, the scion of a family of sculptors from southeastern Poland (Puławy) working for the Lubomirskis.

Originaly, this was a typical suburban baronial residence in the fashion of a Polish manor house with bay windows. In its 1696 form it represents a typical Baroque suburban entre cour et jardin residence. Lateral wings were added between 1720 and 1728 (according to a project by Giovanni Spazzio, the chief architect of Elizabeth Lubomirska-Sieniawska).

Following Sobieski’s death in 1696, the palace went to his sons and, after 1720, it became the property of famous baronial families: the Sieniawski, Czartoryski, Lubomirski, Potocki and Branicki. In 1730–1733 it became the residence of king Augustus II the Strong. Each family transformed the palace’s interiors, the gardens and the close vicinity according to the prevailing fashion and needs.

In 1805, at the initiative of the then owner Stanisław Kostka Potocki, a part of the palace became one of the first public museums in Poland. Beside hosting vast collections of European and Far Eastern art., the central section of the palace was dedicated to the memory of King John II and the splendid past of the Nation. After becoming the property of the state after WWII, it opened to the public in 1962 following a thorough conservation and revalorization, as well as the recovery of a large part of the collections appropriated by the Germans.

Since 1995, both the residence and the park complex are administered by the Museum Palace in Wilanów.